Are sleeping fingers waking you up at night?

Do you have to switch hands while driving because they keep going numb and tingly?

Have you been dropping things and losing strength in your hands?

You may be one of the estimated 16 million individuals in the United States affected by carpal tunnel syndrome. This painful condition, while common, is often misunderstood leading to a delay in diagnosis and ultimately treatment. If left untreated, severe carpal tunnel syndrome can result in permanent nerve damage and muscle loss in the hand.

Carpal Tunnel Syndrome: What is it?

Carpal tunnel syndrome is a compressed or pinched nerve in the wrist. The carpal tunnel is made up of the wrist bones which form a semi-circle and a tight band or ligament at the base of the palm. The tendons that bend the thumb and fingers down run through this tunnel along with the median nerve which provides feeling to the thumb, index, middle and ring fingers. If there is not enough space for the nerve as it runs through this tunnel then symptoms begin to develop. 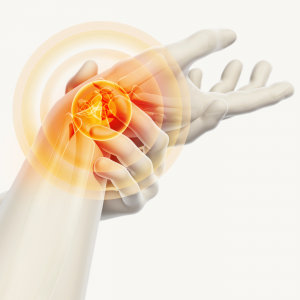 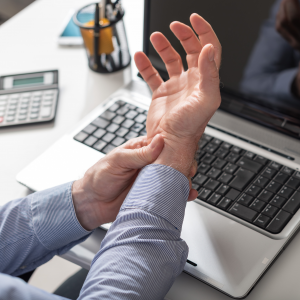 Historically carpal tunnel syndrome has been attributed to or associated with typing or use of a computer. In most cases there is not just one cause but rather a combination of multiple factors contribute to the increased pressure on the nerve. 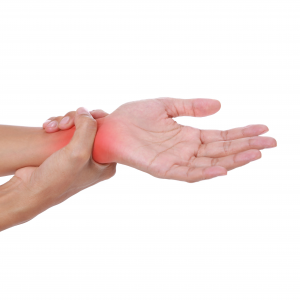 Some individuals have a smaller carpal tunnel based on the way their body developed making them more prone to developing carpal tunnel syndrome. A broken wrist or arthritis can also lead to less space within the carpal tunnel and therefore increased pressure on the nerve. Carpal tunnel is more common in women than men. 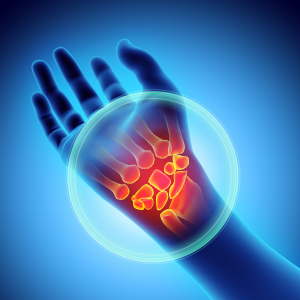 Medical conditions such as diabetes, thyroid conditions, rheumatoid arthritis, obesity and smoking have been shown to be associated with increased risk of developing carpal tunnel syndrome. 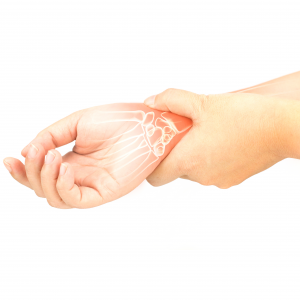 Your doctor will ask you questions about your symptoms and what makes your symptoms more bothersome. Several physical exam tests can be done such as tapping on your wrist or applying pressure over the nerve at the carpal tunnel or flexing your wrists to assess whether you may have this condition.

Recovery: What Can Be Expected?

Surgery to release the carpal tunnel is an outpatient procedure meaning patients go home the same day as surgery. The recovery is not as lengthy as it used to be when the surgery was more invasive. Light use of the hands is permitted immediately after surgery. Washing the hand is often allowed within days after surgery. Splints may be used for comfort of the hand but are often not required.

If you have significant symptoms in both hands the surgery can be done on both at the same time or one at a time depending on your preference. The hands can be used for dressing, feeding, toileting and other light daily activities immediately after surgery.

Sutures are usually removed between one and two weeks after surgery. Once the incision is healed activities can be gradually advanced as tolerated.

The ligament that is cut gradually heals in a lengthened position allowing more room for the nerve. The nighttime numbness and tingling often improves almost immediately after surgery. If you had constant numbness in the fingers before surgery it can take months for that to recover. If you had lost muscle at the base of your thumb that often does not fully recover.

It is possible, but uncommon for carpal tunnel symptoms to come back after surgery.

How do I know if I need carpal tunnel surgery?

If you have been diagnosed with carpal tunnel syndrome and your symptoms are interfering with your daily activities or frequently waking you up at night despite non-operative treatments such as modifying your activities, wearing a splint at night, or possibly an injection then you would likely benefit from carpal tunnel surgery. If your symptoms are constant you should consider surgery sooner rather than later.

Why are carpal tunnel symptoms worse at night?

When we sleep we tend to flex our fingers and wrists which increases the pressure on the median nerve at the carpal tunnel or wrist leading to symptoms of numbness, tingling and pain. There can also be fluid shifts in the arms when lying flat and not moving the fingers that can lead to increased pressure on the nerve as well.

How do you know the numbness and pain is coming from carpal tunnel syndrome and not from my neck or shoulder?

I know someone who had carpal tunnel surgery and didn’t get any better or was worse after surgery – what are the chances of that?

Carpal tunnel surgery sometimes gets a bad rap in the community. It is a relatively simple procedure and one that is done by surgeons of multiple specialties including general surgeons, neurosurgeons, plastic surgeons, general orthopedic surgeons and hand surgeons. If the tight band constricting the nerve is not absolutely completely released, the symptoms will not improve and sometimes worsen. If you or someone you know have had a bad outcome from carpal tunnel surgery, it is worth exploring a second opinion with one of our hand specialists. Pain and night time symptoms are most predictably relieved within the first week after surgery. Numbness and weakness can take months to improve and may be permanent depending on your age, how long you have had the symptoms, how severely the nerve has been compressed, and on your other medical conditions such as diabetes or smoking.

Can you have both sides done at once?

Yes. This is based on patient and surgeon preference. With current surgical techniques, light use of the hands is permitted right away for activities such as dressing, feeding and using the restroom.

Are you awake for carpal tunnel surgery?

Carpal tunnel surgery is often done with a light sedation and then numbing the wrist and hand with a local anesthetic. However with advances in wide-awake local anesthesia no tourniquet (WALANT) techniques the surgery can also be done with just local anesthetic without sedation eliminating the need to fast as well as the risks of anesthesia for patients with medical issues or prior problems with anesthesia.

How long will I be out of work after surgery?

How soon can I drive after carpal tunnel surgery?

You should not drive while taking narcotic pain medications. Once you are off the prescription pain medications and your pain is manageable to allow you to safely operate a vehicle you may resume driving. Often this is within a few days after surgery.

How painful is carpal tunnel surgery?

Everyone’s pain threshold and pain experience is different. Many people manage the pain with just acetaminophen (Tylenol) and/or ibuprofen (Advil) after surgery. The average number of stronger prescription pills taken is 3-5 pills over the first day or two.

What if I don’t treat my carpal tunnel syndrome?

If carpal tunnel syndrome is left untreated there is a risk of permanent nerve damage leading to loss of strength, muscle function at the base of the thumb, and loss of feeling in the thumb, index, middle and half of the ring fingers. If you have constant numbness where the fingers never fully wake up or feel normal, you should seek treatment more urgently. The longer it is left untreated, the longer it takes for the nerve to recover and the lower the likelihood of a full recovery.

The following physicians specialize in the treatment of carpal tunnel syndrome: 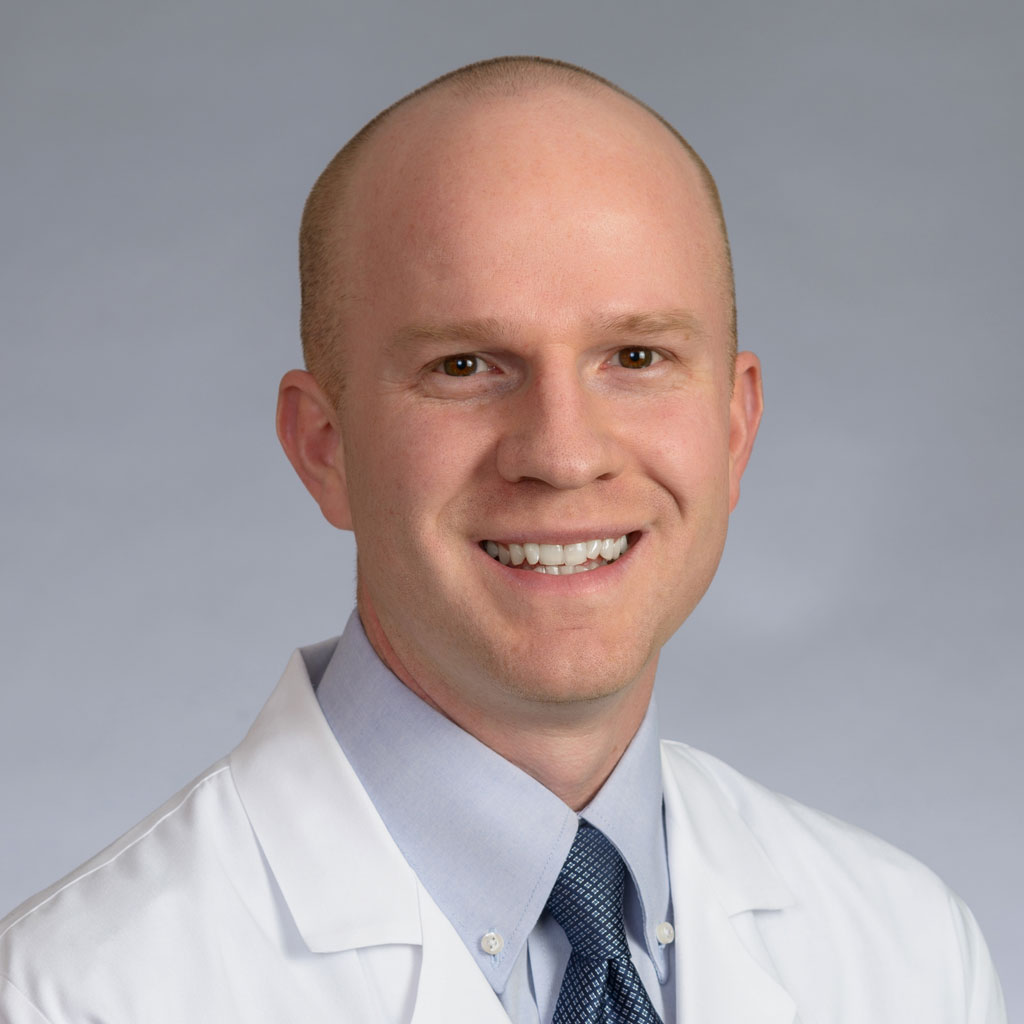 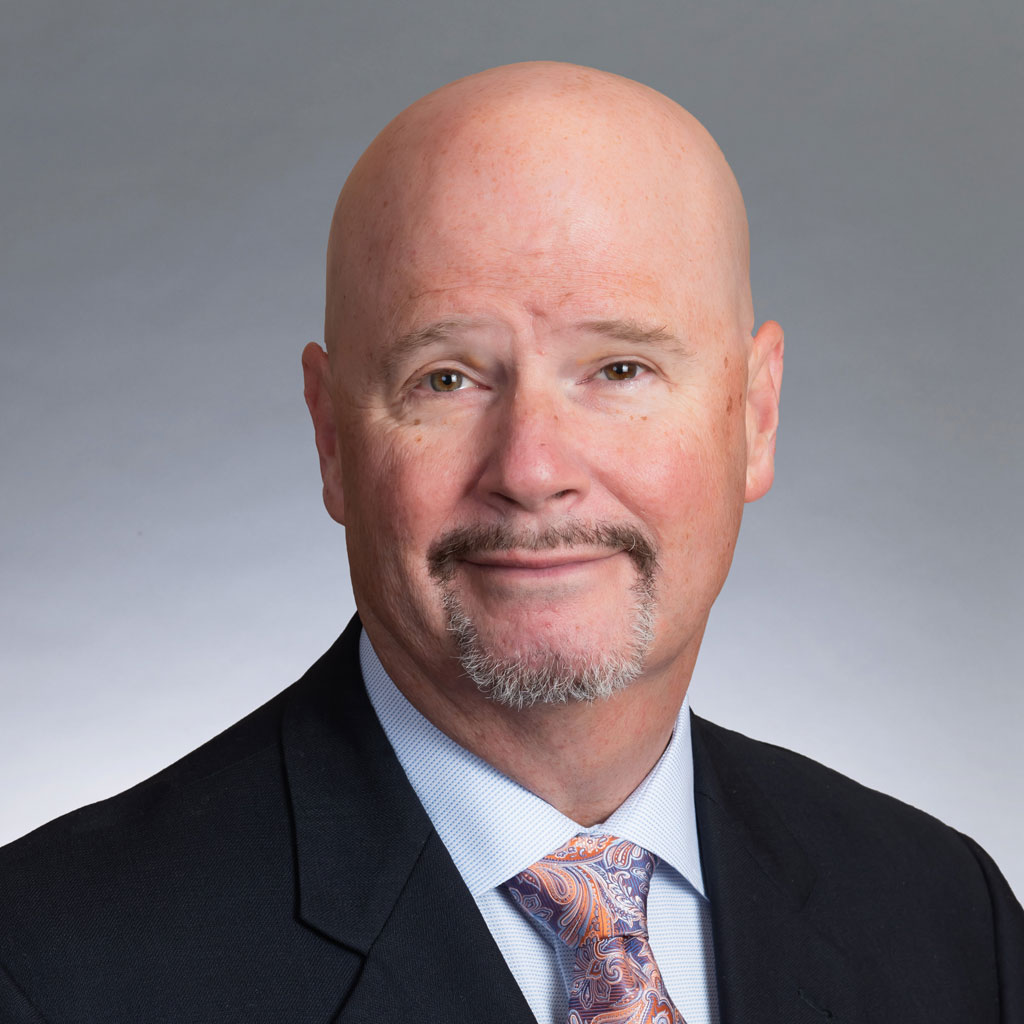 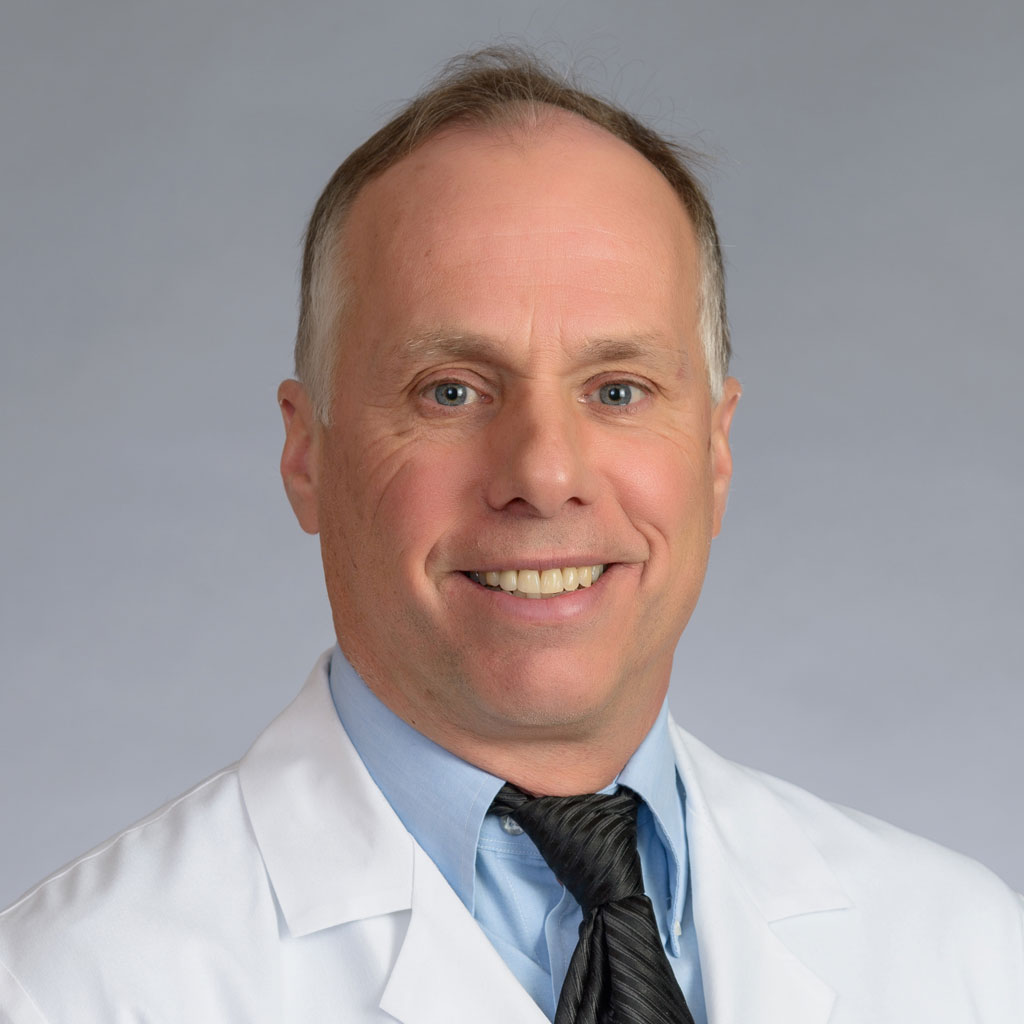 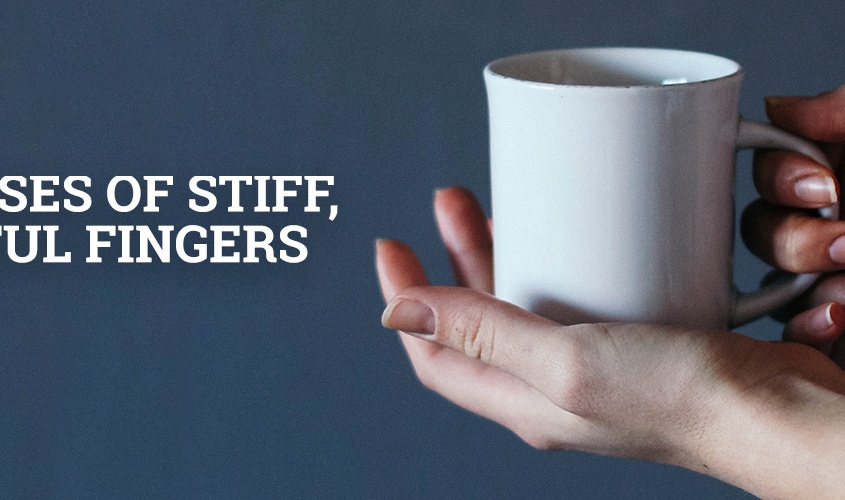 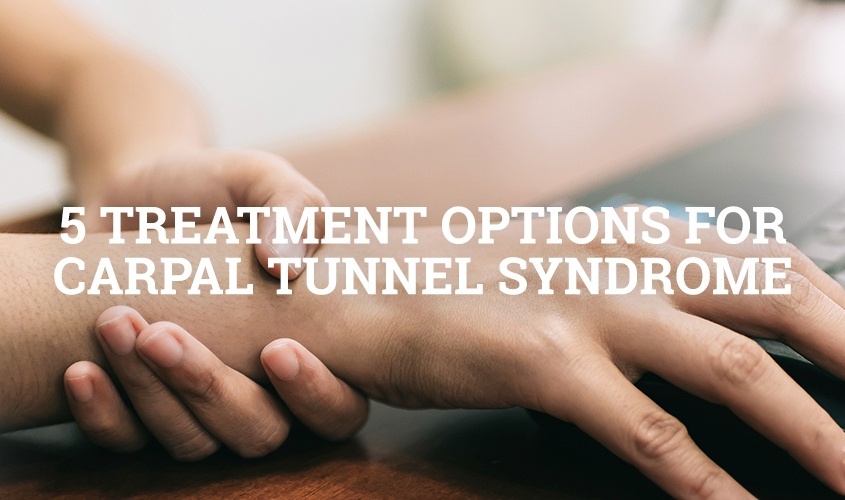 I highly recommend Dr. Jones to anyone having issues with their hands. I made an appointment with Dr. Jones based on a recommendation from someone who has the opportunity to work with him in the OR. I was told he was a very good surgeon and ‘one of the nicest people you will ever meet’. I was extremely happy with my first visit. He believes surgery should be a last resort and recommended a cortisone shot and splints to wear as needed. So far this has been very effective for me. Great results!

GREAT DOCTOR!!! So professional, but still down to earth!! Love this Doctor!! 2 surgeries by him, and will only have him again!! Does a beautiful job on my hand!! Thanks Dr. Jones!!!!! Highly recommend Dr. Jones!!

I have been very pleased with the professionalism and quality of care that Dr. Jones has demonstrated. He has been very compassionate and dedicated to making sure that I gain back as much function in my hands as possible. He was proactive in managing the pain after surgery by using a nerve block. This allowed me to focus on healing rather than focusing on the pain.

On October 10th I finally had Carpal Tunnel Relief Surgery to hopefully help the problem. Dr. David Jones Jr. with the Orthopedic Institute @orthoisf in Sioux Falls did the surgery. The first thing I noticed within a couple days of surgery is that I was sleeping through the night, and dreaming. Now that may sound strange but I haven’t really had dreams at night for years because I was constantly waking up and never able to reach a deep sleep where dreams happen. The next thing I noticed is that my hands were not going numb and were pain free when I would drive a car or hold my phone. On October 23, thirteen days after surgery I returned to the Orthopedic Institute to see Dr. Jones for a checkup and to get my stitches removed. I decided to make the the 4 hour round trip on my bike. My hands never went numb one time and I had no pain! I could not be happier with the outcome! Why did I wait so long to get this done?! #relief #letsride#TeamUpOI